Heading into 2020, I’ve been reflecting on my time in New York City. There have been so many lovely moments, many of which can’t truly be explained. But I want to document some of those more tangible moments, some of those “Wow you really do live in NYC” epic adventures. Here are my top experiences since living in NYC:
Backstage at the Met Opera
I got to see costumes, green rooms and even stand on the stage at the Met Opera. Shortly after that I sat in the audience and watched my first opera!

Saturday Night Live
I had floor seats to Matt Damon’s Holiday SNL show – the last one of 2018! So epic. You can see me in the audience right before his monologue.

The only pic I could get. @nbcsnl

Macy’s 4th of July Fireworks
I was so pissed because I missed my Q train by 10 minutes on the 4th of July. I’m so glad I waited for the next one, because we went across the Manhattan Bridge with a full view of the 4th of July fireworks launching off the Brooklyn Bridge. Everyone on train was going NUTS. 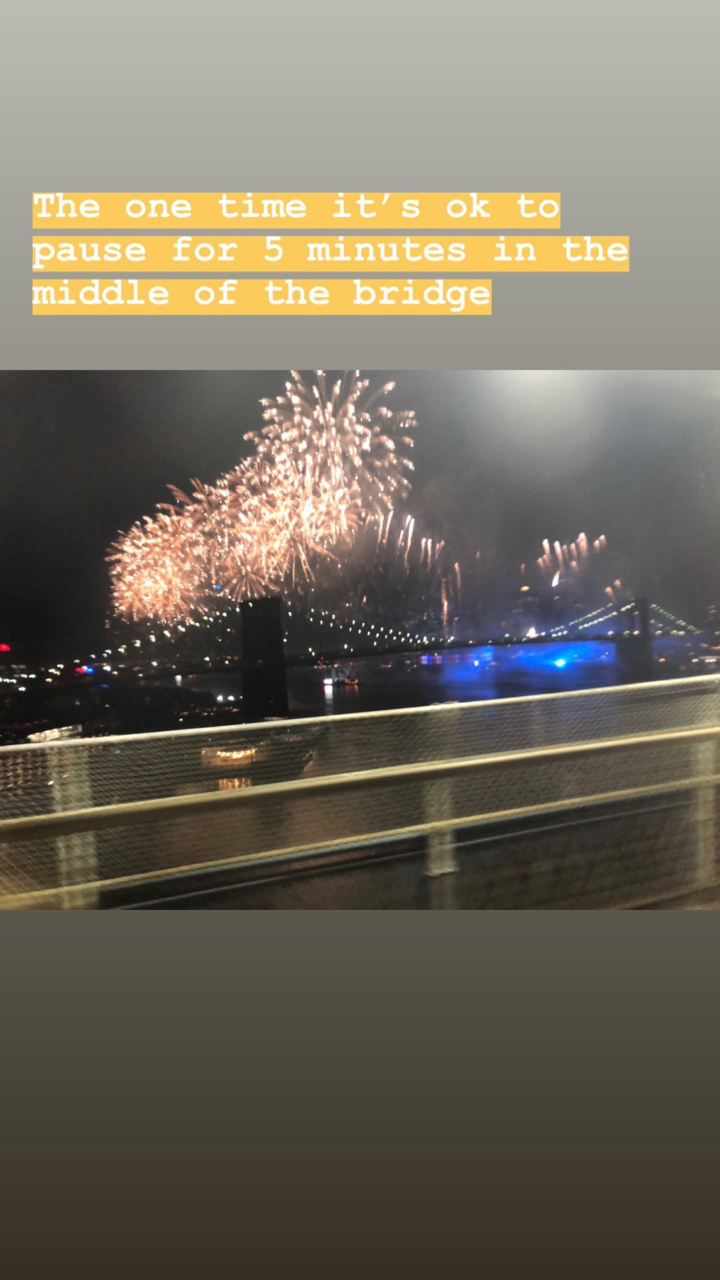 Photo in the New York Post
This was early on in my NYC tenure. I was waiting for Shakespeare in the Park and got my picture taken by someone with a huge camera. Turns out he worked for the Post… click here for full story.

Walking in the Pride Parade

This is the best way to see the Pride parade: actually walking in it!

Taste of Waldorf Astoria
I got to try and vote for the Waldorf Astoria’s dish of the year. It’s crazy because the hotel is now closed!
Live TV Tapings: The Colbert Report, David Letterman, Wendy Williams
I saw some great live shows (some which are no longer on air). David Letterman’s guest was Bill Murray who flew through the air like Peter Pan.
Fashion Week
I went to a few fashion week shows, one which was on the main stage: Monique Lhuillier.

Throwback shot to last season's #nyfw events. This weekend, you can still reap the benefits of fashion week at some free events around the city (ahem @refinery29 funhouse/@essence street style). Full list is on maryinmanhattan.com!

Got my portrait taken on the subway
It wasn’t willingly, but someone gave me this after drawing me on the subway:

Pretty good for 6 minutes huh? Click the link in my insta bio to find out more on how this city ends up giving you what you need RIGHT when you need it. 🌃 😊

Performing
I took improv classes at the Magnet Theater and performed multiple times. I also joined an independent improv troupe and performed at various comedy clubs.
Frick Collection Featured Influencer
I was the Frick Collection’s featured influencer, able to take photos and post throughout the museum.

The World Leader chef’s table at BlackBarn
Chef John Doherty created an epic tasting menu and invited the media. This paired with some of the best wine I’ve ever had, this was an epic evening.

My first blogger invite to the MoMa PS1
My first official blogger invitation was to the MoMa PS1, where I met fashion legends Dapper Dan and Patricia Field. Here’s my article from 2015.
Museum at Eldridge Street
I met a woman on the subway who invited me on a tour of the Museum at Eldridge Street, where she volunteered at the time. It was so cool to learn about the history of Jewish immigrants on the Lower East Side.
Holiday Cruise with the Blog Squad
The Mad Hatters invited the blog squad to a holiday boat tour with live music and up-close views of the Statue of Liberty.
Not so great moments (you know, to balance it out):