There’s a place in Brooklyn where the cider flows straight from the barrel, into your glass.

It’s a take on a traditional Basque Cider House (yes, we’re talking alcoholic cider), which I was able to experience last year right in the cider country of Spain’s Basque region. 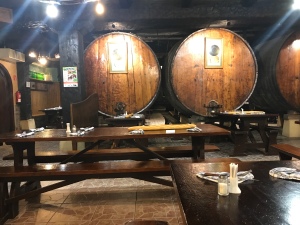 Let me explain. There’s this thing called a Sagargotegi, or cider house, in the Basque region. We went to Siderería Petritegi Sagardotegia outside of San Sebastián. When you enter the an old farmhouse, you sit at rustic wooden picnic tables, reminiscent of a beer hall. There is a pre fixe menu with hearty dishes that you share family style, and an empty glass waiting to be filled with cider (as much as you want). 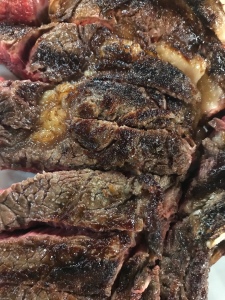 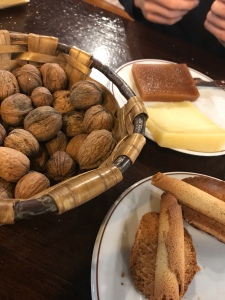 A couple of traditional courses: steak and the dessert offering of almond cookies, sheepsmilk cheese, quince paste and walnuts.

Scott and I went to Spain this year and this was a TOP food experience because not only was it delicious, it was FUN. We discovered that you fill the cider yourself, in the cider room in the back. HUGE barrels of cider are waiting for you when you walk into the chilly room. People line up to catch the cider about 2 feet away from the spigot, one after the next. Yep, you might get wet, but it’s all part of the fun.

Me in Basque Country, pouring my own cider!

The Brooklyn version is equally delicious and fun, but with a few more rules. The Brooklyn Cider House is a passion project-some dudes wanted to bring this amazing and little-known tradition to the US.

There, alcohol laws restrict the experience, but just by a little bit. You are cued by your server between courses to go up and catch cider. Cider experts need to open the spigot for you, but it’s totally cool because that way to get to learn about the cider and ask questions.

The meal is very similar – flavorful steaks, cod (although from Iceland and not the traditional Spanish salted Bacalao)… do I sound like an asshole yet? 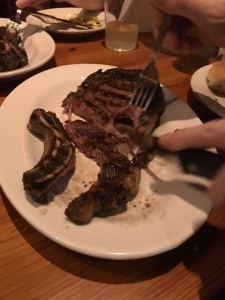 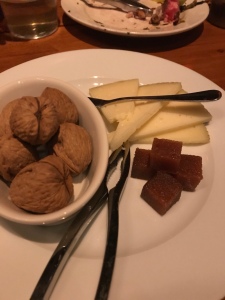 Brooklyn Cider House does a nice job with traditional Basque steak, and the dessert course of quince paste, manchego cheese and walnuts.

But it’s fun. It’s a full 2.5 hours of food experiences. A foodie’s dream. (Think of the boomerangs!)

My friend Lauren attempting to crack a walnut…

Oh and yes you’ll walk out of there with a $70 or so tab, but that’s just because it’s the only place in the area that does this. They’re allowed.

I’m into it. It’s absolutely worth trying. One thing you won’t get in Spain: a vegetarian option. Kudos, Bushwick. 👏👏👏 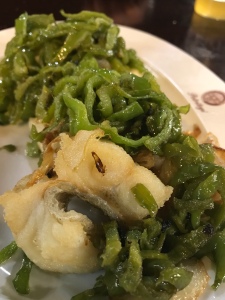 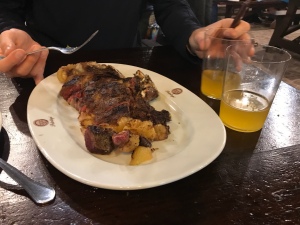 Can you believe this centuries-old Basque tradition has gone hipster? What other traditions are gaining popularity? Find me on Instagram @MaryinManhattan.