Moving to New York City: A College Student’s Take on Living in the Big City

Today, a guest post. Introducing my fun-loving cousin Katie – a noob to the big city who has a lot to say about how to adjust to such a beast of a place. Katie is just a girl, in front of a city…asking it to love her. A history major at Columbia and revered speed-talker, enjoy her take and maybe even learn something from it! (PS – all pics are hers).

I come from the opposite of New York City: Southeastern Ohio— coal country—right on the border of West Virginia. It’s quiet there. We just got a Chipotle. Friday night football games and promising high school athletes are the headlines in the paper all year. Unlike most students in my town, and I can’t exactly pinpoint why, perhaps it was a product of previous vacations or perhaps just a product of my own eccentric brain, I had no desire to stay in or around Ohio for college. I viewed far-off universities as fantastic escapes from my quiet life. What I wanted was something different, drastic, lively. What I got—and what I still believe to be a complete stroke of luck—was Columbia University in New York City. 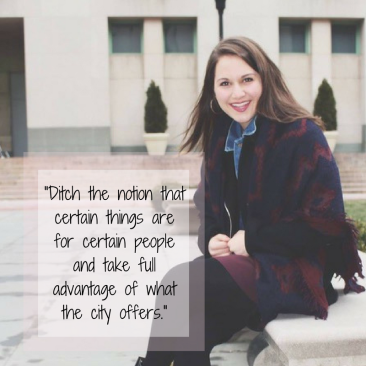 When I first came to the city, I wasn’t bold enough to start exploring on my own. Yeah, I had wanted change, but yeah, I had come from essentially the middle of nowhere and knew nothing about NYC beyond Times Square. So, I started with Columbia’s campus.

Step one was making friends: during my first semester, I joined clubs, participated in on-campus events, and socialized with as many humans on campus possible. My talkative nature plus the fact that I was an eager freshman equaled intense friendliness.

Step two was becoming comfortable with “going out” on campus: i.e. entering a frat party. It took some time, confidence, and occasionally shame, but I eventually got through the door. Making it in meant a loud, sweaty dancing mob in a minimally-spacious brownstone—NYC college life at its finest.

My friends and I started venturing into the city more frequently towards the second semester of my freshman year. Consequently, I started to discover my favorite spots and once I became aware of where I liked to go and the increasingly fantastic things I could do, exploring sort of exploded.  Now I was thrift shopping (attempting New York Fashion on a college kid’s budget takes one to some interesting haunts in various boroughs), going to galleries in SoHo, and watching guitar players shred solos at intimate concert venues. I’ve got to say, of all experiences in the city thus far, I have enjoyed nothing more than witnessing many of the random bands I follow on Spotify perform at hole-in-the-wall venues for a mere $12 (who says NYC can’t be budget-friendly?) 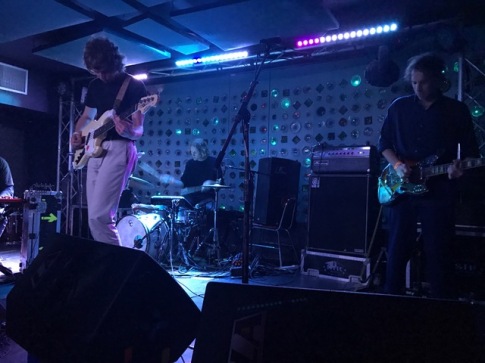 Now I am two years deep. I’m twenty: a rising junior. During the school year, I spend approximately 30% of my time sleeping, 40% my time studying or in class, and the last 30% existing otherwise. I’ve created a family of friends, made Columbia my home, and begun to grasp exactly what kind of beast this city is. So, my advice to other college students coming to NYC for the first time:

So, that’s it my friends. Send me good vibes as junior year approaches, and if you need any help or have any questions DM my Instagram @sprinklesprinkledonut, or get in touch with Mary at MaryinManhattan212@gmail.com.