It used to be all about the Cronut®, then it was the milk & cookie shot glass. Now that we’re all obsessed with taking pictures of our food, restaurants have stepped up their food creations – it’s all about the craziest colors, shapes and combinations. Check out the 11 most Instagrammable desserts in New York City right now, some of which I’ve tried already, but many of which are still on the bucket list!

The Macarose is a classic creamy gelato in a beautifully crafted rose shape, but instead of a cherry, it’s all about that macaron on top. It’s called the Macarose and you can choose as many flavors of your choice as you want at Amorino Upper West Side (seen here: a tiramisu, pistachio, chocolate and sweet milk rose with pistachio macaron, which I received courtesy of the owners!) 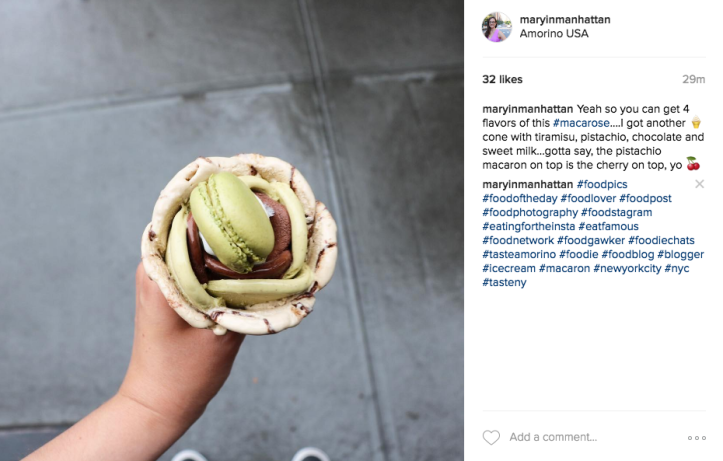 Underwest serves glazed and sugar dusted donuts from a carwash on the West Side Highway. I tried the dark chocolate donut and carwash donut (lavender/vanilla) – both were delicious. The kind of dense cakey donuts I feel like a big fat cop would eat and dip into a delicious cup of coffee.

Donuts are the new cupcake. And car washes are the new donut shop. Check out @underwestdonuts at the west side highway car wash – pictured is the "car wash" donut (glazed vanilla and lavender)…we also tried dark chocolate…mmmmmm

These are monster shakes that look unreal. The line is a bit long though…some of my friends who’ve tried it say they waited about 2.5 hours. 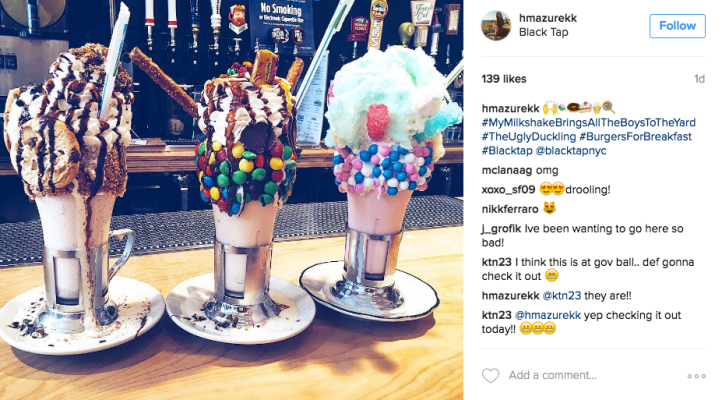 Those “rolled” ice cream sundaes you see all over the interwebs. They look super cute – but do they taste good? I must find out… 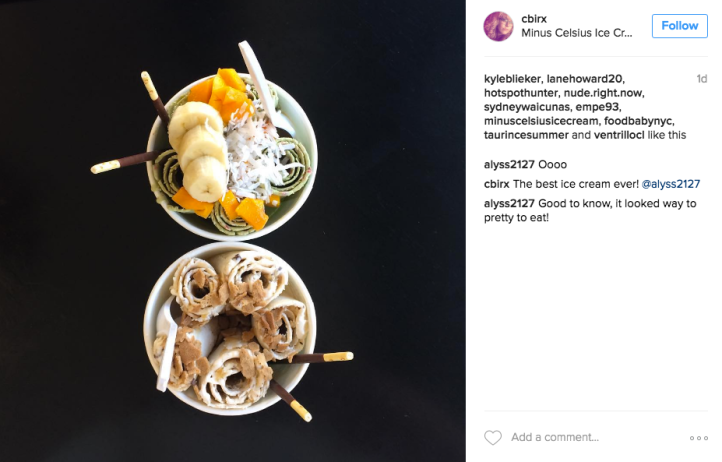 This “Macaronut” is from Francois Payard Bakery in SoHo – get them before the line starts getting huge…they were just covered in People Magazine. 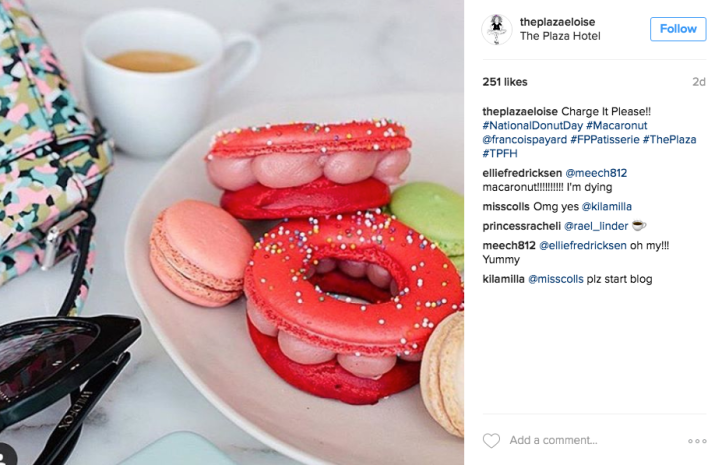 These are those toasted marshmallows made by Squish Marshmallows poking out of the top, and the homemade cone by The Konery. It’s like it was made for Instagramming. 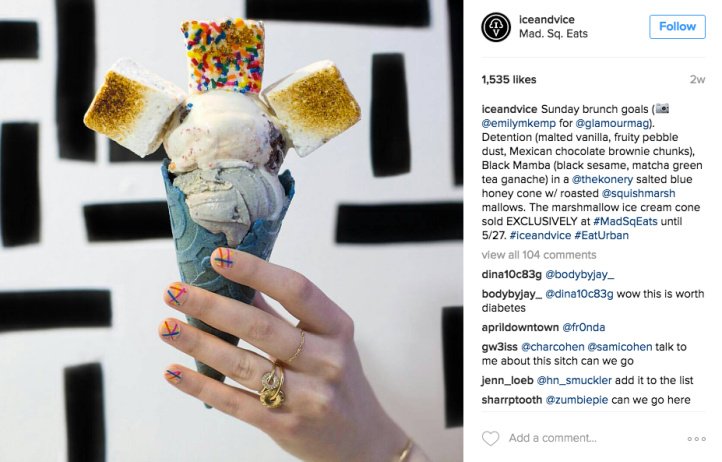 I had one of these at Playa Betty’s during a complimentary tasting – it’s a dessert that is so simple, but so delicious. They take two warm fresh flat churros and slap some vanilla bean ice cream in between for a crunchy and creamy creation. 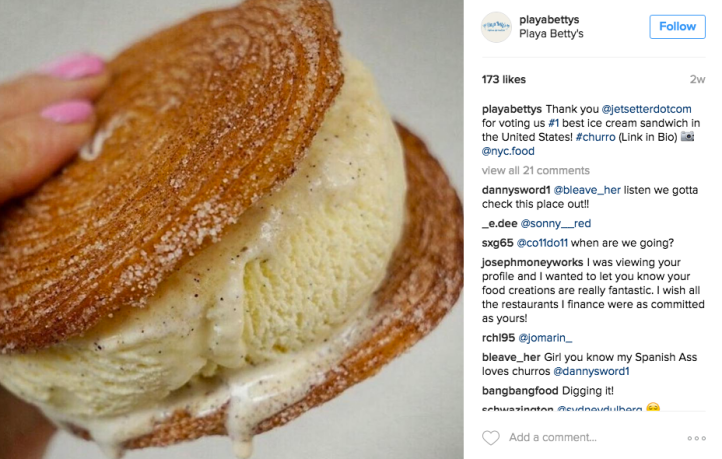 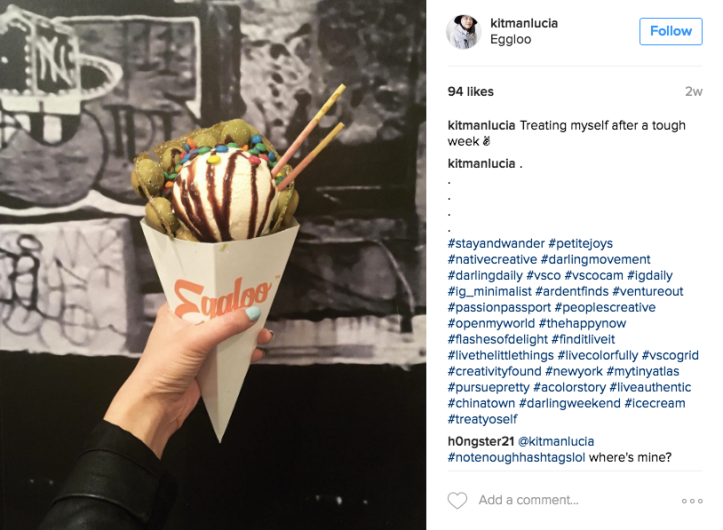 These are always a classic. I’ve stood in a long line for these, but it goes pretty fast. And it’s totally worth it. It’s so huge it’s basically an entire meal. 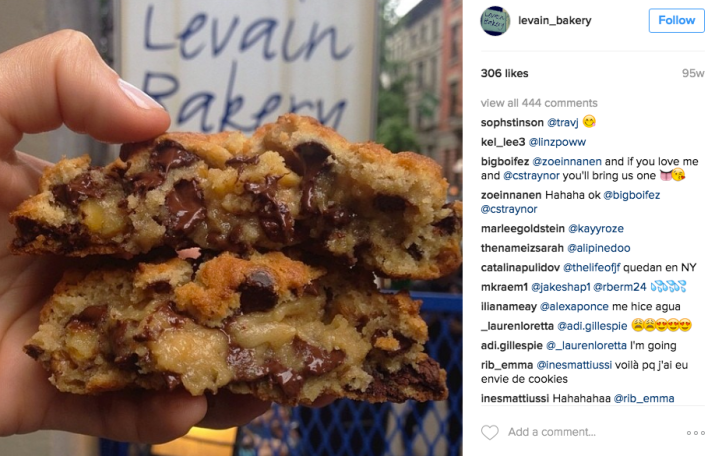 ChikaLicious NYC is an East Village dessert bar that serves up messy, gluttonous cinnamon-sugar-swathed churro cones with melty soft serve of all flavors swirled on top. 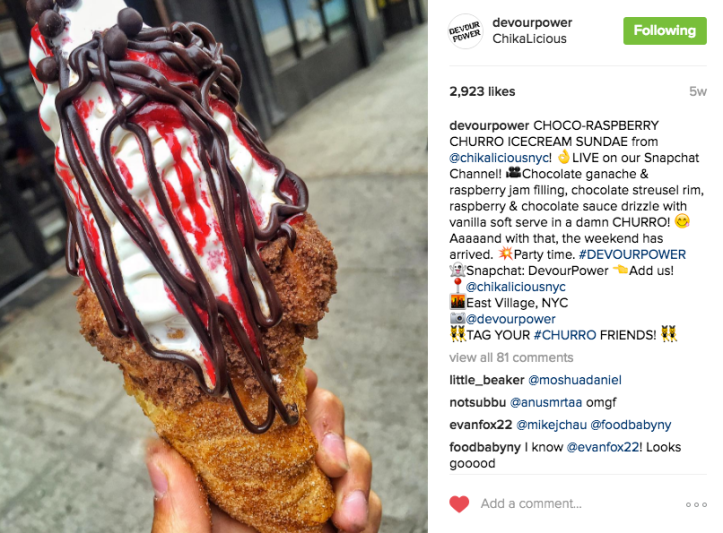 This crazy looking bagel is from the Bagel Store – yes I’m counting this as a dessert. I mean, come on…funfetti cream cheese spread? It counts). 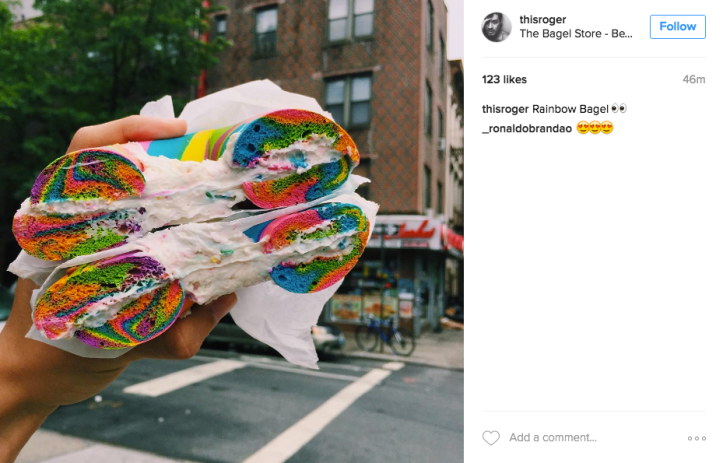 Any other NYC food creations that I need to try? Let me know!