Matthew Johnson is Not Just a Fitness Instructor

The Best Work Out of My Life

“I think this is what church is supposed to feel like…” Last year, I whispered this to my roommate, Olga, in the middle of our Zumba class. Yes…our ZUMBA CLASS. Not only was our instructor that day an amazing dancer (which made me want to keep coming back every week), but he was like an inspirational life coach at the same time. I personally have never enjoyed church, but you’re supposed to feel that same uplifted attitude that I feel after my weekly Zumba class.

Coming back every week after that, I began to realize something really special was happening in the class. Even though it was crowded with women and men ages 18 – 85 and the music was pounding, everything focused around the words of encouragement coming from our 28-year-old instructor, Matthew Johnson. 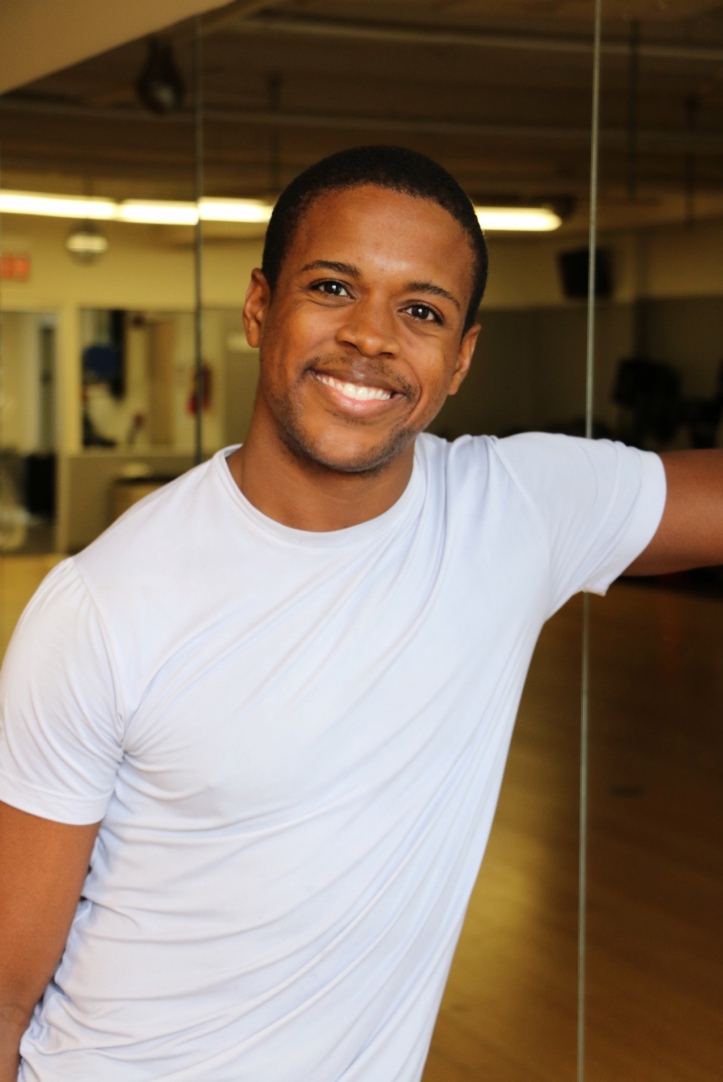 What’s the class like? Well everyone is kind of smiling at one another for the first few seconds, when Matthew comes in. He personally changes the vibe of the room with his warm energy and passion. You’re forced to make a drastic switch from the emotionless New York City sidewalks. You’re forced to let go, in body and mind, and just dance when you hear the music, and it makes everything better. Matthew is the culprit for our happiness. He’s the one that keeps bringing us all back in droves to take his Saturday afternoon New York Sports Club Zumba class, and it’s all in his attitude.

And you’re stronger than you think.”

This is what he tells us at the end of every single class as we cool down to “Roar” by Katy Perry, sweating our butts off.

“When people tell me they feel lifted, or they’ve come out of a depression…that’s all I ever wanted,” said Matthew after class last week. “I set an intention, every time I step into the room…to let someone leave a little bit happier.”

I wanted to speak to Matthew, I guess I wanted an answer to my juvenile question “How are you so awesome?” because I knew how his class made me feel. It’s always like a full body and mind reset for me each week. Plus, I can’t understand how someone can have THAT much energy and genuine enthusiasm for our Upper West Side Class. So I grabbed him after class and he was gracious enough to tell me a little piece of his life, and how he got where he is today, mentally and emotionally:

“I was so horribly depressed myself,” he started. He told me that for a while, he didn’t believe what he was telling us in class for himself:

And you’re stronger than you think.”

Dallas born and raised, he moved to Boston to go to college for Musical Theater, but wasn’t able to pay for more than a year. After a few years struggling with homelessness and juggling multiple jobs, he was ready for a change – it was time to go to New York City to do what he loved to do and felt he was meant to do – perform.

He found many auditioning opportunities, and got very close to being chosen for a few roles. But not being chosen brought him to a dark place. “My life can’t be dependent on one opportunity maybe happening,” he decided. So he went to find a way to bring light to other people.

He moved his way up from being a receptionist at Equinox, to becoming a Zumba, cycling and body conditioning instructor all over the city. But at first, it wasn’t easy to do. He said he almost had to force himself to become who he is now; someone who is confident in who he is and what he wants. Being the leader of a class, being responsible for people and giving his full heart during class is what boosted his spirits and made him truly feel fulfilled.

Now, he has this giant following, and if you have taken his class you’ll know why. Something about his vulnerability and honesty takes us to another place. People literally hoot, laugh, cry and sweat all in one short 45 minute class.

How can someone be so passionate, and show us that passion without any hesitation? It’s inspiring, to really see someone putting it all out there to be seen and judged. As humans today, I don’t think we do that enough. We’re not our full selves all the time. I guess a part of me is even a little jealous that Matthew can do that. But I know where it comes from now, I know how hard it was for him to get to that place.

Matthew’s last NYSC class will be the 26th of March. He’s gotten a wonderful opportunity to perform (which he can’t tell me about yet), but will continue this class elsewhere at another time. He’s going to find a way to intertwine both his passions.

This class isn’t just my favorite, it’s his too. He said he loves it, and it’s what keeps his spirits up each week. He says all kinds of people come to him after class to tell him that their lives have been changed by this class. Many of them are religious; Muslim, Christian, Buddhist…but many of them are not, but have said to him that they’ve found spirituality in this class.

“I’m young, I’m black, I’m gay…the majority of my classes are white women between 20 and 60. Their struggles may not have been the same as mine, but the way that it makes us feel is exactly the same,” he says regarding the variety of people that find their way into his class.

I’m not usually one to get all gooey…but I think I find spirituality every Saturday too. If it’s not a spirit, or faith…it’s a very pure form of happiness. Funny how one person can do that to you.

I believe Matthew to be a true example of success in every encouraging thing you ever hear: Mind over matter; be yourself; you are your biggest critic; be the best you can be. His happiness, genuine passion for life and honesty will make you want to be more and do more. I think that’s a big lesson to learn in a little Zumba class.

“Don’t let the voices of the world tell you who you are and what you should be doing,” he says as I start picking up to leave. “Don’t dim yourself down. Unabashedly, just be yourself.”

Take Matthew’s class at the 80th and Broadway NYSC before it ends! 1:15 p.m. Zumba. Follow Matthew’s next moves on Facebook.