Skip bar-hopping one day, and go dumpling-hopping instead. It’s better for many reasons:

Get ready for the “Bang-Bang” of the year.

First stop? Vanessa’s Dumplings. The one in Chinatown, obviously. Here you must stop in and warm up your stomach for a day of indulging in dumplings. My top choice? The Pork Fried Buns. They’re so crispy on the outside, juicy on the inside and flavorful all over. Order them to go, then eat them outside while walking to the next spot. 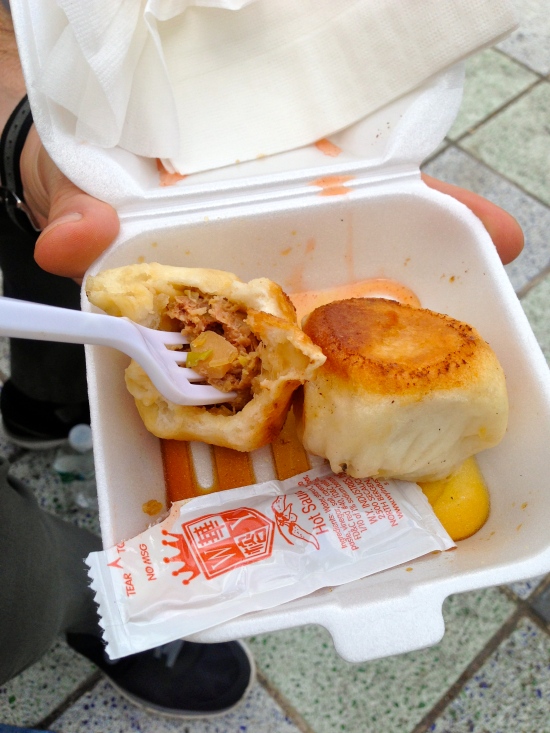 This is where you must order the sesame sandwich – it is SO delicious with its hot fluffy homemade sesame bread. The duck-filled sandwich was cheap and delicious. There may be a big line because it’s the tiniest hole in the wall ever, but do not fret. This way, you have time to digest the preliminary dumplings. Be ready to order when it’s your time – the cashier writes fast.

With Joe’s there’s always a line. Once you’re in, it is pure heaven. You sit at a traditional circular dim sum table with other diners. Order the soup dumplings with crab and argue about who eats soup dumplings most efficiently.

At this point, you may feel like you are going to birth a small food baby, but I believe in you. Shanghai Cafe Deluxe has Steamed Tiny Buns that are the epitome of the perfect bite. If dessert is what you crave, the red bean dumplings were perfectly sweetened. 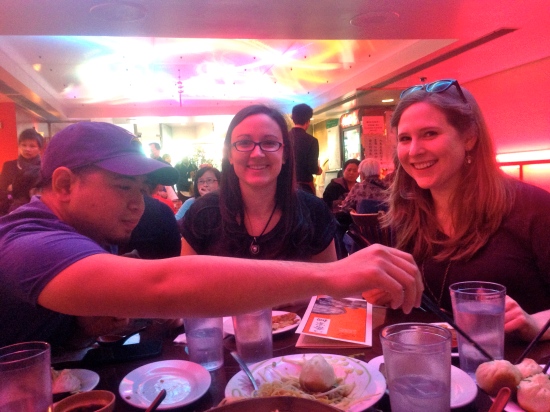 Afterward, it’s time to pass out. But not in a drunk way, because dumplings treat you better than that.