Today, I had a once in a lifetime experience meeting six of the biggest fashion legends in New York City – and they all told their dynamically different stories using a garment of clothing from their pasts.

The experience began in a small room within the Volkswagen Dome at MoMA PS1 in Long Island City. (No, I did not use the 7 train, because ALAS, it was not functioning). 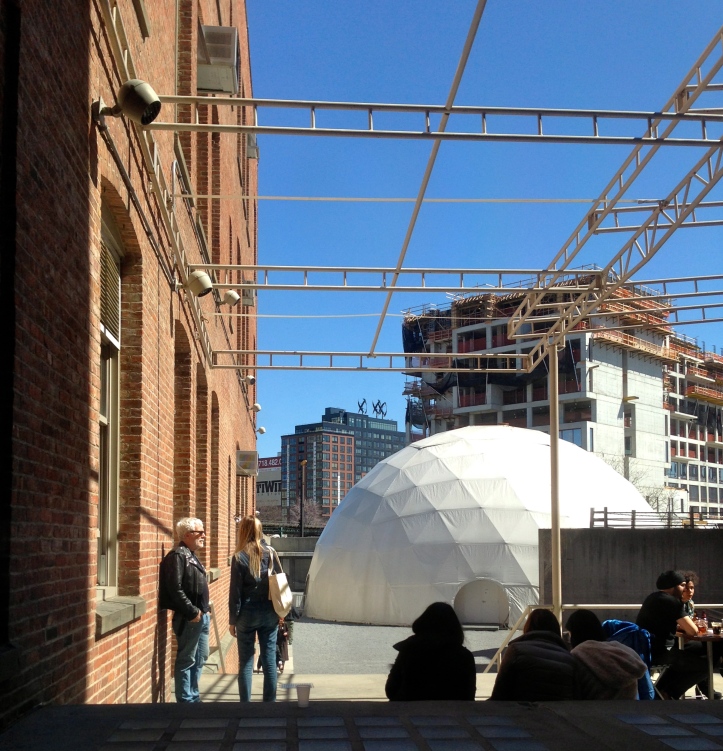 An intimate group of about 20, we were led into a secret hideaway of sorts, with exotic materials draped around us, and stoic Mary McFadden sitting elegantly on what could be called none other than a throne. She whispered her life’s story in ten minutes; images of emperors, ancient cities and precious silks danced around the room. Mary is a designer, a Vogue editor and an all-around fashion legend who has brushed elbows with the likes of Christian Dior and Andy Warhol, yet she spoke to us as though we were her guests at a dinner party. 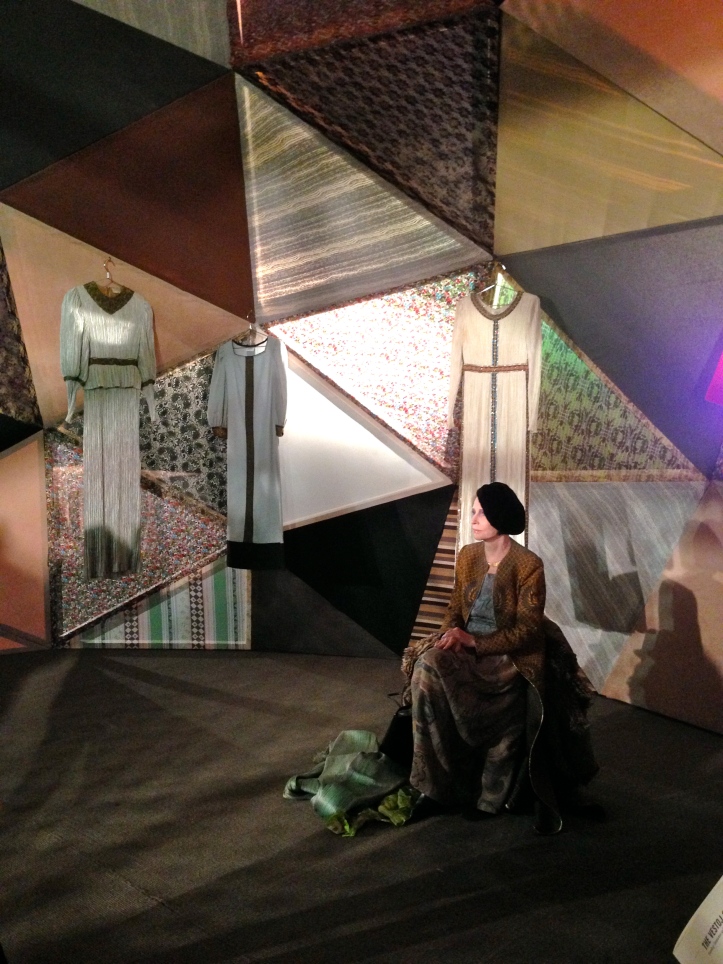 The personal feel extended throughout the program. We were led into the museum, and toured from the basement to the roof, one fashion icon after the next. I noticed that through each of their stories, these untouchable legends became strangely relatable.

Writer Glenn O’Brien met us with his vintage leather jacket – the same one he wore to CBGB those many Saturday nights in the 80s. He spoke of simple nights where he got mugged in Alphabet City, but not the days where he worked at Andy Warhol’s Interview Magazine, Rolling Stone, Paper, Spin, Allure, GQ or Details. To us, he was just a funny, entertaining guy.

We went through story after story, Candy Pratts Price urged us to live for the moment, Pat Cleveland’s theatricality made the audience fall in love and Patricia Field, creator of Carrie Bradshaw’s style, reminded us that to get anywhere in life, you must dare to be different.

Dapper Dan was the surprise of the day. His stories were irrefutably New York and completely unbelievable. A Harlem native, Dan grew up mending the shoes of his fellow schoolmates. Dan got into fashion out of necessity. He taught himself how to use textiles, tan leather and tailor clothing all on his own. Years later, Dapper Dan opened a boutique on 125th street.

The idea came to him to use Louis Vuitton, Gucci and Fendi logos on his clothing – at the time they were only used on bags. This is what initially attracted New York City gangsters. Soon, big-time gangsters and drug dealers were coming to his boutique for the next best garment. He went from making leather jackets, to bulletproof jackets (which obviously needed to be tested on the roof with one loud BANG) and interiors of cars. Obviously, he was not just the first to appeal to such interesting clientele, but the first to truly “pimp a ride.”

Dan’s booming industry was raided multiple times by the “fashion police” or whatever…but that didn’t stop him! He may not make garments with recognizable logos anymore, but he creates bespoke clothing for rappers and celebrities like LL Cool J and Mike Tyson.

In person, Dan is warm, endearing and funny. He thanked everyone for coming, and for spreading his story. See for yourself:

The tour concluded with tea, scones and mingling with the fashion greats. Try to take advantage of these Sunday Sessions at the MoMA PS1 – the place itself is a work of art, and the exhibits are always changing. And it’s not a bad commute on the E – just never never never never never never take the 7.

*Sunday Sessions occur at the MoMA PS1 in Long Island City, admission is $15 per person. I received a complimentary press pass for this event. This event was created by Vestoj Storytelling Salon, by the journal Vestoj and the event was produced by Fondation Galeries Lafayette, with sets by David Myron.